Michael Jackson Becomes the Most Popular Person on Facebook 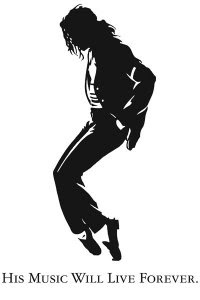 According to AllFacebook, the unofficial Facebook resource, yesterday marked the day that Michael Jackson became the most popular person on Facebook, the well-known social networking site that we've all come to depend on. Well, that's in debate, as well.

His Facebook page now has over 7 million fans. As his memorial is in session at this moment, his page has gained thousands of fans within the last few minutes. The page is acting as a virtual memorial for the deceased King of Pop. His MySpace page is not receiving as much responses with just over 614,000 fans, and there doesn't seem to be a reliable Twitter page with regular updates.
Posted by Erica Swallow at 2:41 PM